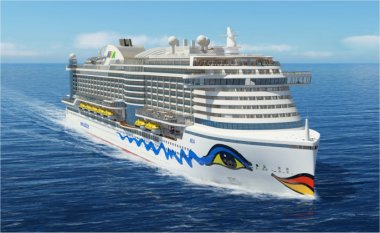 Carnival Corp. has inked a deal with the Meyer Werft shipyard for four megaships, each with a maximum capacity of 6,600 passengers, that will be the first vessels in the industry to be powered by liquefied natural gas (LNG).

The company said that two of the ships will sail for German line Aida Cruises and did not say which brands would get the other two.

The multibillion-dollar deal is part of the memoranda of agreement Carnival Corp. signed with Meyer Werft and Fincantieri to order nine ships to be delivered between 2019 and 2022.

The ships’ hybrid engines will burn 100% LNG at sea,  Carnival Corp. said, and LNG also will be used to power the ship in port. The use of LNG will eliminate emissions of soot particles and sulfur oxides, Carnival Corp. said. LNG is considered to be the most environmentally friendly fossil fuel.

Carnival Corp. said that an “innovative design” will make efficient use of the ships' spaces.

"We are looking forward to executing on the next step in our fleet enhancement plan," said Donald. "At a cost per berth in line with our existing orderbook, these new ships will enhance the return profile of our fleet. These are exceptionally efficient ships with incredible cabins and public spaces featuring a design inspired by Micky Arison and Michael Thamm and developed by our newbuild teams."

Arison is chairman of the board of directors for Carnival Corp. and Thamm is CEO of the Costa Group, which includes Aida Cruises and Costa Cruises.