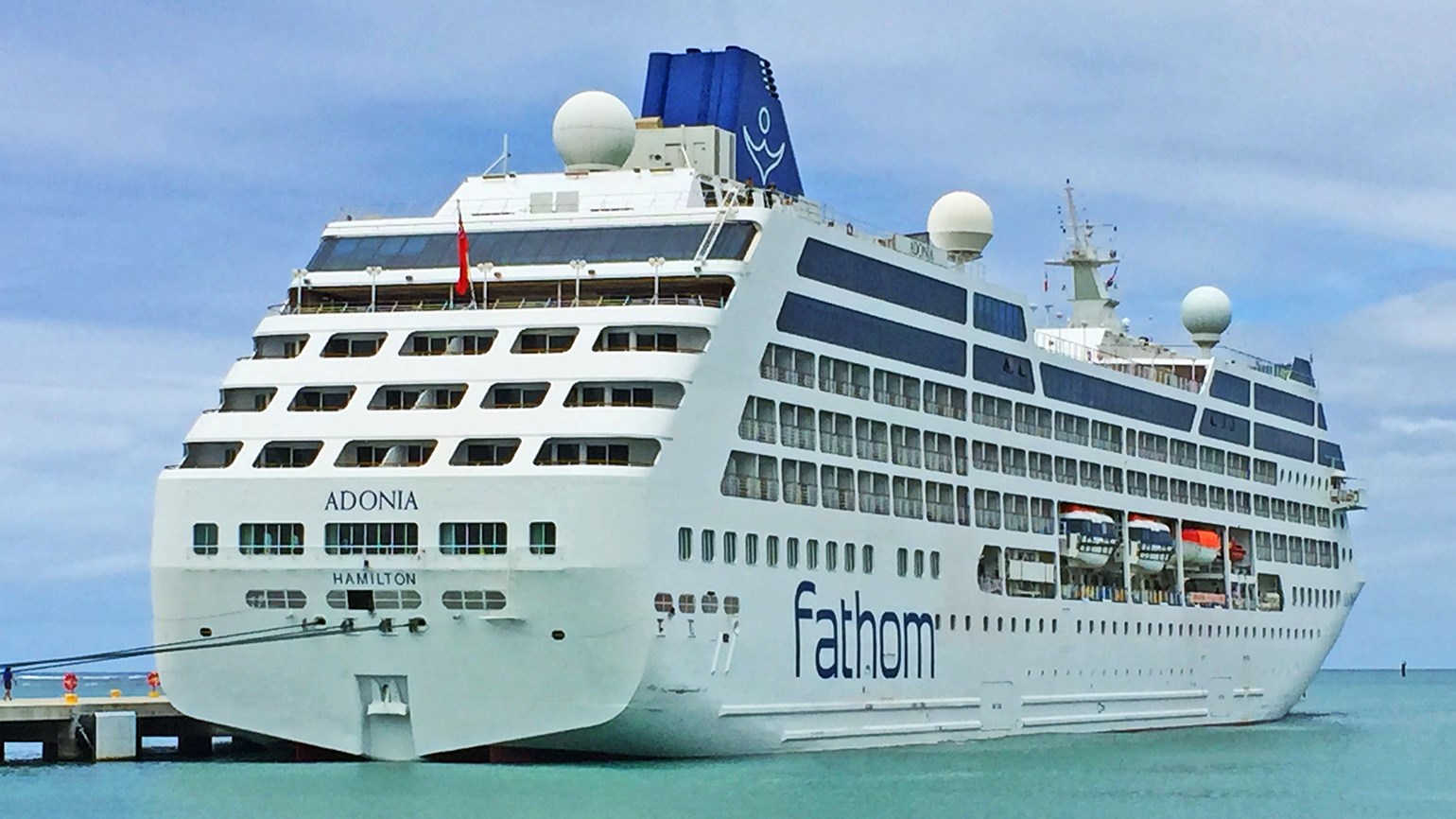 To a double water gun salute from three accompanying tugboats, Fathom’s Adonia set sail from Miami for Havana at 3:55 p.m. on Sunday afternoon.

The departure marked the first time in the history of the modern cruise industry that a ship has journeyed from the U.S. to Cuba.

Several leisure boats, approximately a half-dozen police boats and one anti-Castro protest boat also made watch from just off Miami’s downtown as the Adonia began the 192-mile journey to Havana. The ship was expected to reach the Cuban capital at approximately 8 a.m. Monday morning.

Speaking to the media a couple of hours before departure, Carnival Corp. CEO Arnold Donald said that the company is privileged to be the first to cruise between the former Cold War nemeses. He added his view that the opening of cruise traffic between the U.S. and Cuba would contribute to international understanding and “the human spirit.”

After arriving in Cuba with much fanfare Monday, many passengers on Fathom’s Adonia took walking tours of Old Havana.

The ship’s 700 passengers disembarked in the late morning after an exuberant trip through Havana Harbor, during which they were cheered by locals standing along the seaside promenade, the Malecon.

The customs process at Havana’s Terminal Sierra Maestra San Francisco was orderly and quick. But the scene on the street just outside the terminal was far more hectic.

A throng of Cubans applauded boisterously as the first group of passengers from the U.S. to exit the terminal in more than five decades crossed Avenida Del Puerto into the neighborhood of Old Havana. And the applause continued for subsequent groups of passengers, who were greeted like celebrities as they passed through the center of the crowd, shaking hands, slapping five and accepting various salutes of welcome from the assembled locals.

The end of the fanfare brought the first shore excursion for the new Fathom Cuba cruise. Guides from the operator Havantur took passengers through the Plaza de Armas, where Havana was founded in 1519, and eventually to three other plazas in Old Havana, known in Spanish as La Habana Vieja. A Unesco World Heritage site, Old Havana features a fascinating mix of beautifully restored Spanish colonial buildings sitting in close proximity to colonials in severe states of disrepair.

In addition to offering a lesson in early Cuban history, the walking tour featured a stop for a multi-course lunch as well as a visit to the Palacio de la Artesania marketplace, where shops sold Cuban rum, cigars, perfume, cosmetics, local woodwork and other crafts.

The excursion lasted most of the afternoon, including the lunch stop of more than an hour that also served as a happy respite from the heat.