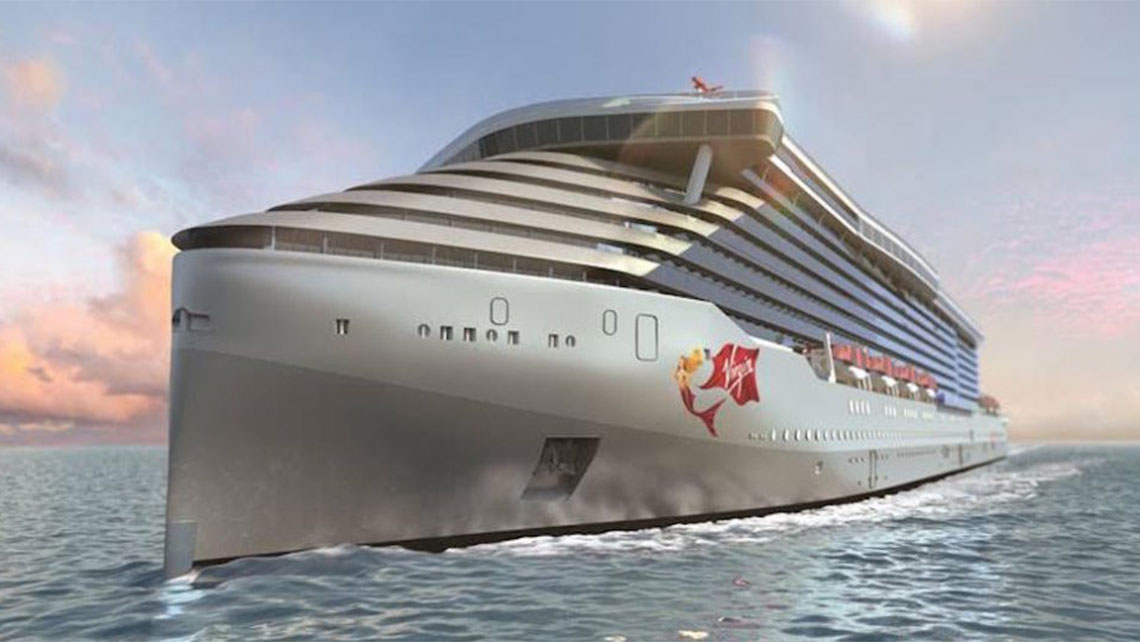 Virgin Voyages revealed a few more details about its new cruise line at a keel-laying ceremony, perhaps the most important of which is that children won't be allowed.

CEO Tom McAlpin said the line's first ship, expected in 2020, will be "Adult By Design," with bookings accepted only for those 18 or older.

McAlpin said the decision was driven by feedback solicited from potential customers and travel professionals "who are looking for a more elevated and premium experience, with a few Virgin-style surprises."

Although some lines with smaller ships, such as Viking Ocean and Oceania Cruises, don't cater to children, the Virgin Voyages ships at 2,800 passengers will be the largest to forgo the family market.

The event at Fincantieri's Genoa shipyard also revealed the first exterior renderings of the ship, which will resemble the design for the MSC Seaside with a broad promenade at the aft contrasting with a slim tower of upper decks and a bow with a strongly vertical aspect.

The ship's colors will be silver-gray with red accents, including a red funnel. The aft below the promenade deck will be red with the familiar slanted Virgin logo in large white letters centered in the middle. Virgin unveiled a more specific logo for Virgin Voyages, a mermaid with blonde hair and a sexy red fishtail trailing a flowing Virgin banner in one hand. The mermaid will appear at a modest size on the side of the ship's bow in line with the bridge. Virgin said it was inspired by figureheads on historic vessels and was designed by London-based artist Toby Tinsley.

Virgin announced at the ceremony that it was accepting $500 refundable deposits for "access to an exclusive pre-sale before Virgin Voyages goes on general sale." Virgin Voyages said 86% of all cabins will feature a sea terrace and 93% an ocean view.

The first voyage is planned from Miami in 2020. Fincantieri is working on three ships for the brand.