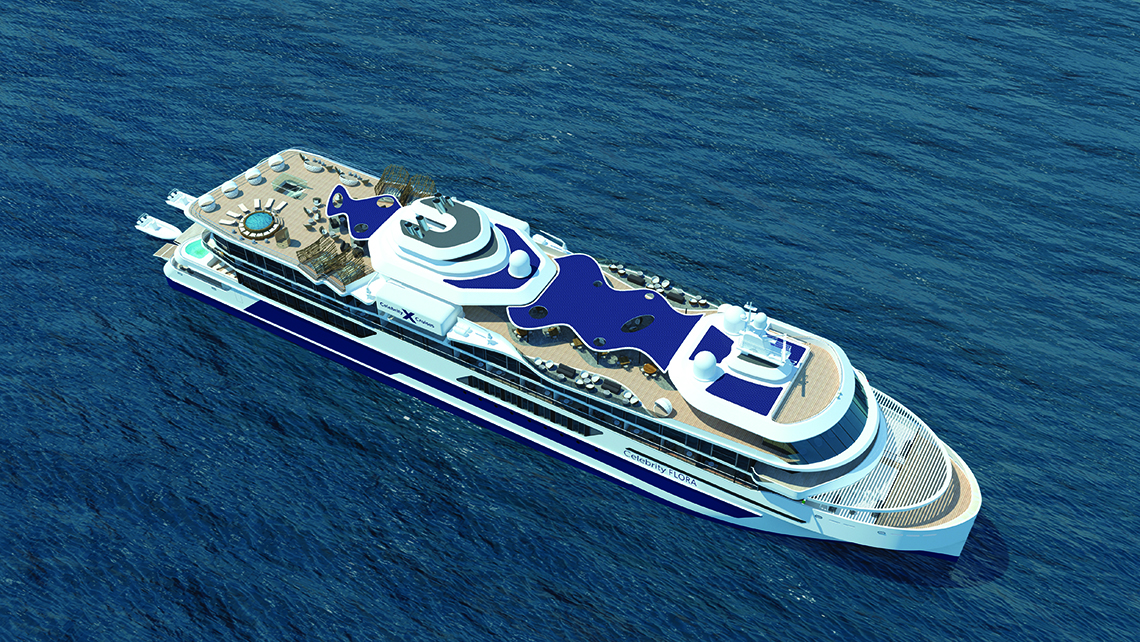 Celebrity Cruises has designed a new ship for use in the Galapagos, a rare newbuild in the market and at 100 passengers the smallest ship parent company Royal Caribbean Cruises Ltd. has ever built.

Celebrity president Lisa Lutoff-Perlo said that only in a market with such high demand and limited supply would the economics of building a ship of that size make sense for a brand like Celebrity.

"On a per-berth basis, it's really hard to get a return on these ships," Lutoff-Perlo said. "The Galapagos is different." The Vista will be the Flora's top-deck area.

The number of ships that can operate in the Galapagos is restricted by the Ecuadoran government and the size is limited to 100 passengers or less, so prices tend to be relatively high.

A seven-night Galapagos cruises on the Celebrity Xpedition is listed on Celebrity's website starting at $4,399 per person.

The news was announced at CruiseWorld, Travel Weekly's conference here.

The new ship, named Celebrity Flora, will be built in a Dutch shipyard and debut in May 2019. Lutoff-Perlo declined to say how much it will cost, but said it is a fraction of Celebrity's bigger ships.

A rendering of the Darwin Deck Bar on the Celebrity Flora.

Although it will carry the same number of passengers, the Flora will be twice the size of the Xpedition, allowing for more features. "We're able to do more outdoor spaces and more public space for our guests," Lutoff-Perlo said.

It will have a small pool, which Xpedition does not, and two restaurants and two lounges, where Xpedition has one each. There will be more crew space, so the Flora will have one naturalist for every 12 guests, up from a 1:16 ratio on Xpedition.

Opting for a new ship enabled Celebrity to design storage space in the hull for three Zodiac boats that are stored on deck on the Xpedition. The Flora's two 1,288-square-foot Penthouse suites will be the largest in the Galapagos.

The design of the ship will be consistent with the new Celebrity Edge and other larger Celebrity ships, but with an emphasis on the neutral, natural and organic, Lutoff-Perlo said. Lounges, suites and restaurants will have floor-to-ceiling windows to facilitate wildlife viewing.

The Flora will be the smallest ship ever built by Celebrity parent RCCL.

About 50% of the accommodations will incorporate the virtual balcony concept that will debut on the Celebrity Edge.

Celebrity's emphasis on facing out toward the ocean will be reflected in all beds being positioned to face a window.

The top deck will have four stick-style cabanas that will be available for day rental and for sleeping out on deck under the stars.